Amader Barisal is the most popular online news portal publish from barisal. Amader Barisal is known as 'আমাদের বরিশাল'. The newsportal is first publised in the year of 2006. The head office of amader barisal is in agorpur road.

Barisal news is the earliest Online news portal Published from Barisal. Barisal news is publishing news science 2010.It is one of reliable news source also.

Barisal Today is a popular online portal from barisal city. The cover regional news as well as national news.

There are many more newspaper in internet. Some People stay away from Barisal. But they want to read Barisal News from there. Many NRB [Non Residential Bangladeshi] Want to read their Local News from Barisal [বরিশালের খবর]। There are some popular newspaper Published in Barisal. Daily Barisal News, Ajker barta, daily Matobad etc are Most Popular of them. There are also some Weekly regional Newspaper and magazine also. We have the latest and most popular list of Barisal Newspaper Hope you will find the most useful Barisal News and information in this page. 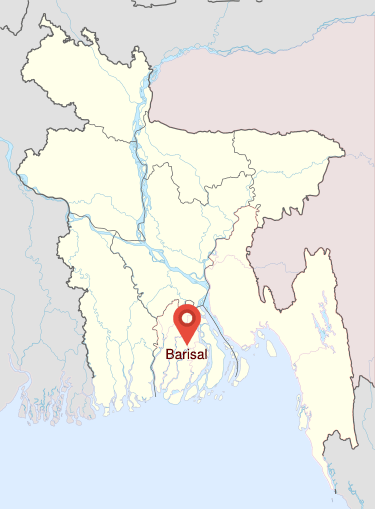 Barisal is known as Barishal. The bengali name of barisal is বরিশাল। The population of barisal city corporation is 328,278 According to Wikipedia. In the year of 1876 barisal municipality was established. In Mughal Period Barisal was a semi-independent area. Formerly barisal was called as Bakerganj district.

Religion - Islam is the magority.