is the most popular Newspaper in khulna Division. Daily Purbanchal [পূর্বাঞ্চল] is circulated the most in Khulna and southwest region of Bangladesh. The Newspaper is Printed from Dhaka and Have a office In Purana Palton.

is the earliest Online news portal Published from khulna. khulna news is publishing news science 2010.It is one of reliable news source also.

is a daily newspaper published from khulna. The Head office of khulnanchal is situated in zero point khulna. It is a reliable newspaper of southwest region.

[সাতক্ষীরা নিউজ] is the first newspaper published from satkhira district.Satkhira news is a popular online and reliable news source.

is Known as 'দৈনিক প্রবাহ'. Probaha is published circulated from Khulna.

There are many more newspaper in internet. Some People stay away from Khulna. But they want to read Khulna News from there. Many NRB [Non Residential Bangladeshi] Want to read their Local News from Khulna [খুলনার খবর]। There are some popular newspaper Published in khulna. Daily Pyrbanchal, Gramer Kagoj, Daily Probaho, Khulna News, Dainik Tathya etc are Most Popular of them. There are also some Weekly regional Newspaper and magazine also. We have the latest and most popular list of Khulna Newspaper Hope you will find the most useful Khulna News and information in this page. 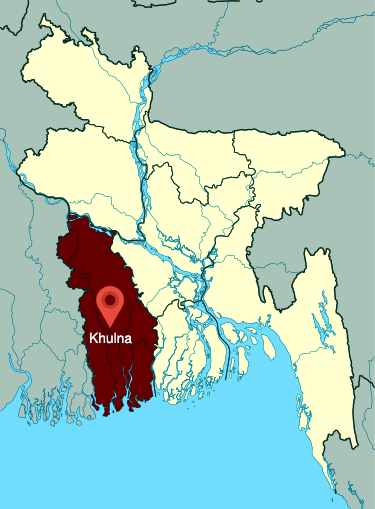 Khulna Is the third largest city of Bangladesh. The bengali Name Of Khulna is [খুলনা]. The Population Of Khulna is 663,342 According to Wikipedia. It is a division also. More then one million people live in khulna metro area. Rupsha and Bhoirob River is Located in the khulna. The Khulna Division was formed in the year of 1960. It contains 10 Zillas [Districts] and 59 Upazillas [Subdistricts]. Khulna is known as a business hub of bangladesh. Mongla Port is also situated in khulna division. Nave base BNS Titumir is also located in khalispur. Largest mangrove forest sundarban is aslo in the khulna district.

Religion - Islam is the magority. 88% of The population is muslim and 11% is Hindu.